Before I forget again: have I mentioned how much I really, really prefer the new opening to the show? 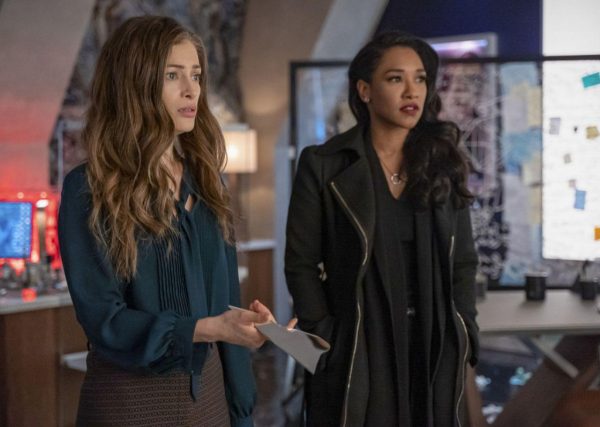 Tonight's episode was a jumble of storylines happening all at once but for once on The Flash, nothing felt like it was moving in fast forward. It was a bit hard to see what was going to be the 'A' storyline as Iris being sucked into this mirror was pretty darn relevant to what we had seen so far. Meeting Eva McCulloch, who seems near insanity since she's been locked in this "Mirror Universe" for 6 years, feels like the next logical progression for Iris here. Their storyline made perfect sense as Iris suggested they try freezing the mirror, the method they've used to defeat a former Mirror Master. When that failed, the revelation that Eva could somehow control the mirror also felt like the next logical step but also interesting at the same time.

So, the obvious main storyline here was Ralph finally, finally meeting Sue Dearbon. First off, the chemistry between the two was palpable; they had not just a good comedic rapport but they seemed utterly comfortable in each other's presence. The major issue with this plotline was everything about Sue's supposed plot was too contrived therefore her turning on Ralph felt inevitable. Still, the beats clicked as the story moved, which what more can you ask for? If you're a comic book fan, you know these two end up married, happily and in love and Ralph revealing his true self, as well as Sue to each other, plus Cecile's sense that they are riding the same wave (always glad to see Cecile get at least one scene), this was a great start to their relationship. Natalie Dreyfuss (Sue) played the role with the spunky pizazz of a modern Mrs. Maisel but fought like Black Widow (the cat suit really was over the top). My only complaint and it may be a minor one is that Ralph looks so much older than her. 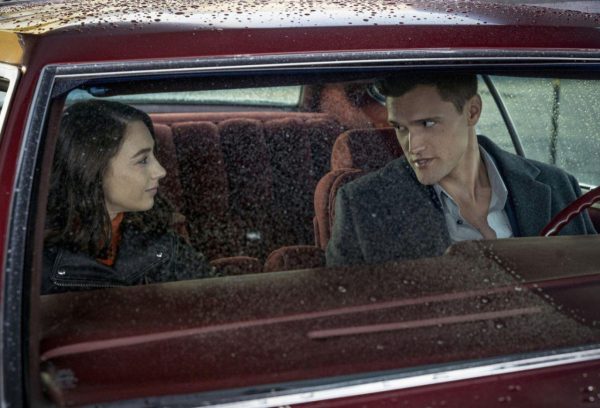 Other plotlines going on tonight were Joe asking Barry to dig further into some cases that were rule accidental deaths within the last few months, that all point to Carver. Iris (or Mirror Iris as I'll call her) trying to sneak in and steal the Mirror gun then, as she did last week, eventually getting what she wants from Barry in the end. Also, Wells still sees the prior Wells haunting him. All great stuff that drums up a lot of interest and while I don't like seeing episodes with 4-5 storylines running at once every week, this one was handled deftly and the pace was pitch perfect.

Rating: 8.5/10 - A smooth, multi-layered episode that both set the table and made me wants seconds; Natalie Dreyfuss as Sue Dearbon is a great addition to the cast.

(JERUSALEM) - In spite of objections from sexual abuse activists, the Israeli Opera will host a weeklong making a song festival arranged by means of Spanish opera superstar Placido Domingo in Tel Aviv later this

Jenna Dewan is engaged! Pregnant star shows off sparkling engagement ring from Steve Kazee in heartfelt snap and gushes that he 'has her heart' The actress, 39, took to Instagram to reveal the good news in

What happens when you let a stranger at a train station sing a couple of lines from Lady Gaga and Bradley Cooper's "Shallow"? Well, it seems like a star will be born. Charlotte Awbery has

Jenna Dewan stuns fans with major engagement announcement Channing Tatum's former wife Jenna Dewan has unleashed a wave of exhilaration over her fans after she announced her engagement to the world. Jenna has exchanged

All-Star Saturday featured three competitions that came down to the wire. Bam END_OF_DOCUMENT_TOKEN_TO_BE_REPLACED

With the Jeff Carter-Flyers buzz picking back up, let's revisit the case END_OF_DOCUMENT_TOKEN_TO_BE_REPLACED

DETROIT — It took a fifth consecutive loss — this one delivered END_OF_DOCUMENT_TOKEN_TO_BE_REPLACED