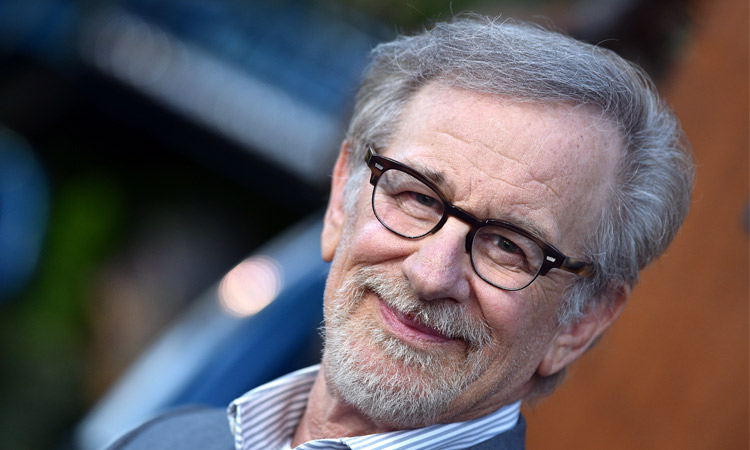 Acclaimed filmmaker Steven Spielberg must have not seen this coming.

The ET director's daughter Mikaela Spielberg dropped a bombshell by announcing her foray in the adult film industry.

As per sources, the Hollywood mogul is concerned over his daughter's decision to start a career as an adult star.

Mikaela, who was adopted as a baby by the legendary filmmaker and his wife, recently announced her unconventional career path.

The 23-year-old told The Sun about making solo videos that she posted on an adult site and how she is working to get licensed to become an exotic dancer in Nashville.

She has also gone on to launch an account on the OnlyFans app, on which viewers can pay a $15 (Dhs55) monthly subscription fee to watch her.

Despite this, Mikaela said that her parents, Steven and his wife of 29 years, actress Kate Capshaw, are "not upset" and are even "intrigued" by her life choices.

She reportedly broke the news to them via FaceTime one recent weekend.

While Spielberg and his wife have not publicly spoken on the issue yet, sources have shared that the Hollywood magnate and his actress wife are supportive of her decision.

"As Mikaela said, Steven and Kate are nothing but supportive of her, as they are with all their children," a source said.

Another source, tagged as a family friend, however said: "Obviously, though, they're embarrassed by her sudden public admission of entry into the s** worker world.

"They're worried about how (Mikaela's revelation) looks for their other kids, who are trying to be supportive but who are also embarrassed. This certainly isn't how they were raised."

The source added: "Outwardly, Steven and Kate, who are the most evolved parents in the world and love their kids beyond all measure, have always been supportive of Mikaela and try to understand her."

Mikaela isn't the only Spielberg heir to have announced a new career decision.

Her brother Sawyer Spielberg, 27, made his debut in films with the horror movie Honeydew earlier this month.

To view this video please enable JavaScript, and consider upgrading to a web browser that supports HTML5 video Nick Jonas has made his debut as a coach on the US version of The Voice and certainly

The K-pop band BTS have been busy promoting their new album 'Map Of The Soul: 7' in the United States. The boy band has been participating in a number of Talk Shows in the country, such

Pete Davidson might look like a serial dater, however he's truly simply seeking love! The Saturday Night Live celebrity made that loud as well as clear in a brand-new meeting with Charlamagne Tha God, throughout which

You guys...Sarah Hyland and Ariel Winter are all grown up. Er, well, END_OF_DOCUMENT_TOKEN_TO_BE_REPLACED