Freshman Will Baker scored a season-high 20 points and Texas snapped a four-game losing streak with a 70-56 win over TCU on Wednesday night.

Baker was a top-50 recruit but had struggled to crack the Texas lineup, and had scored a total of 16 points all season. Pressed into the game because of a season-ending back injury to junior forward Jericho Sims, Baker scored 15 points in the first half, including three 3-pointers.

"Sometimes for freshmen it doesn't always happen right away," Texas coach Shaka Smart said. "When he didn't have some early success, there was maybe some people who questioned what he could do. He deserves a lot of credit. We knew a game like tonight was coming at some point."

Connecting you to your favorite North Texas sports teams as well as sports news around the globe. 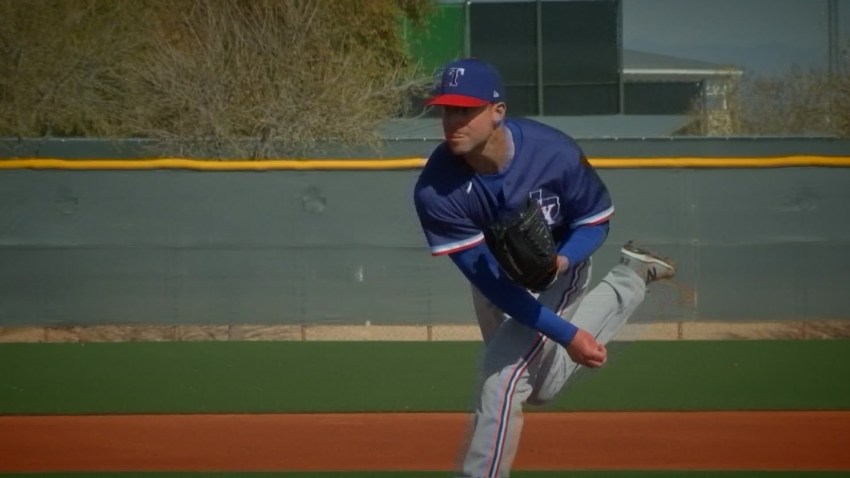 TCU scored just seven points over the final nine minutes and missed all 10 of its 3-pointers in the second half. Desmond Bane scored 13 points for the Horned Frogs, but .was scoreless after halftime.

Baker had not played more than 16 minutes in a game all season, then played 26 against TCU and was 8-of-12 shooting. His previous season high scoring was three points and he came in shooting 1-of-25 on 3-pointers. He made all three attempts from long range in the first half.

"It was frustrating when I was missing those shots," said Baker, who came to post-game interviews with ice on both knees. "The coaches just told me to stay ready."

TCU: The Horned Frogs have been bad on the road and couldn't turn that around after a good shooting start turned dismal. After shooting 63 percent in the first half, the Horned Frogs shot 24 percent in the second. After making 15 3-pointers in a win over Kansas State, TCU was 3-of-18 shooting from long range against Texas. TCU is just 2-8 away from home this season.

"We've had a number of these games that just get away from us and we don't respond at the end," TCU coach Jamie Dixon said. "We don't get it done on the road."

Texas: The Longhorns will need Baker to be more than a one-game wonder in a lineup depleted with injury. Besides Sims, Texas also played without starting point guard Matt Coleman III, who was averaging a team-high 12.5 points. Coleman was on crutches before the game while nursing a bruised heel and his return hasn't been set.

"I'm not done yet," Baker said. "This is only motivating for me. I'm not satisfied at all."

Jones had to leave the game briefly in the second half when he took an accidental hand to the face on a rebound from teammate Brock Cunningham. Jones stayed down on the court for a couple of minutes but came back to make the big 3-pointer. He followed that with two free throws with 30 seconds left despite a swollen left eye.

"I could see the basket just fine," Jones said.

The stage is set. After dispatching the Coyotes, 3-2, on Wednesday night, the Stars once again pulled into a first-place tie with St. Louis atop the Western Conference, setting up a Friday night showdown with the

US President Donald Trump is coming to India for the first time on a two-day visit. He will be visiting India on February 24-25 with wife Melania Trump. On the one hand, while there

David Pastrnak scored on a breakaway at 1:14 of overtime as the Boston Bruins defeated the host Edmonton Oilers 2-1 Wednesday night in a matchup of division leaders. Pastrnak took a long lead pass

Come 2021, Universal will unleash the third (and perhaps final?) installment in END_OF_DOCUMENT_TOKEN_TO_BE_REPLACED

About two weeks after the 54th Super Bowl, the National Football League END_OF_DOCUMENT_TOKEN_TO_BE_REPLACED

Criminal Minds has come to an end, after one last battle with END_OF_DOCUMENT_TOKEN_TO_BE_REPLACED