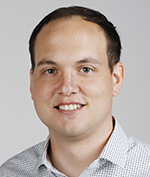 The second-quarter swat was one of five blocks Noel recorded in the first half of the Thunder's 131-103 win against the Spurs.

Murray, Lonnie Walker IV, DeMar DeRozan and Derrick White all had a shot blocked by the 6-foot-10 center. White was twice the recipient.

Noel saved his most emphatic block for last. White gathered his dribble beyond the 3-point line in the left corner while Noel was on the opposite side of the floor. Noel sprinted into the paint and there was a clean collision at the rim.

Noel entered the night with a team-high 2.8 blocks per 36 minutes. Noel did not record a block in the second half and he still finished just one block short of a season high.

"Today he was focused," Thunder point guard Dennis Schroder said. "He tries to change the game when he gets in there, and that's what he did tonight. Even on the offensive end, setting screens, putting pressure on the rim."

The Thunder's interior defense was stout, anchored by Noel and starting center Steven Adams. The Spurs shot less than 50% at the rim.

The Royal Challengers Bangalore will be hoping to put forth a strong performance in what will be their 13th attempt at competing for the IPL trophy. The Bangalore camp will begin with its preparations for

SAN FRANCISCO - Zion Williamson has been a dominant force on the court for New Orleans since making his NBA debut a month ago. Against Golden State, the heralded rookie made his biggest impact in

Former vice-president of Board of Control for Cricket in India (BCCI), Mrugesh Jaikrishna, who toiled for months to get the Motera stadium built in an incredibly short span of time, has not been invited to

CLOSE The NHL trade deadline implications were clear when Detroit Red Wings defenseman Mike Green, playing on a one-year contract, was a healthy scratch before Sunday night's game against the Calgary Flames. And indeed, a

Key Highlights It's a huge day for Indian cricket, as President of the United States, Donald Trump, is all set to visit India - where he will visit Ahmedabad, Agra and Delhi.

Patrick Reed made it hard for anyone to question his moxie. A END_OF_DOCUMENT_TOKEN_TO_BE_REPLACED