Atletico Madrid are the underdogs against Liverpool... that's just how they like it | Goal.com

Liverpool are the best team in the world.

De jure, after they won the Club World Cup in December, but de facto too, with Jurgen Klopp's machine charging towards a Premier League triumph at record speed.

The reigning European kings face Atletico Madrid in the Champions League last 16 and given the two clubs' trajectories, Liverpool are comfortable favourites. But that is just how Diego Simeone would want it.

'El Cholo' and his Atletico Madrid team thrive with the mantle of the underdog. Atletico are having a dismal season by their high standards, fourth after 24 matches, 13 points off the pace set by league leaders Real Madrid. They aren't even the second-best team in the Spanish capital at the moment, with Getafe sitting third.

Having lost leaders Diego Godin, Gabi Hernandez, Filipe Luis, Juanfran, star striker Antoine Griezmann and midfielder Rodri, they are in what Simeone insists is a 'transition year', and it's telling badly on the pitch.

After surprisingly winning La Liga in 2014, Atletico have struggled with their inflated status. They are expected to battle with Barcelona and Real Madrid for the title, spending big in the transfer market too, but they have failed to live up to the expectations on them. So when Liverpool come to visit the Wanda Metropolitano on Tuesday night, they have the rare chance to take to the field as David, taking on Goliath, the role which fits them best.

Atletico feel pressure when the onus is on them to attack, which is the case against most teams now that they sit among the elite, but against Liverpool they can sit back and strike only when the opportune moment arrives. These are the matches Simeone relishes.

They earned a creditable 2-2 draw against Juventus at home earlier this season the Champions League group phase, they beat Barcelona 3-2 in the Spanish Super Cup semi-finals and only lost to Real Madrid in the final on penalties. Atletico might have triumphed in extra-time but Fede Valverde's cynical foul on Alvaro Morata stopped the forward from running through on goal to win it. 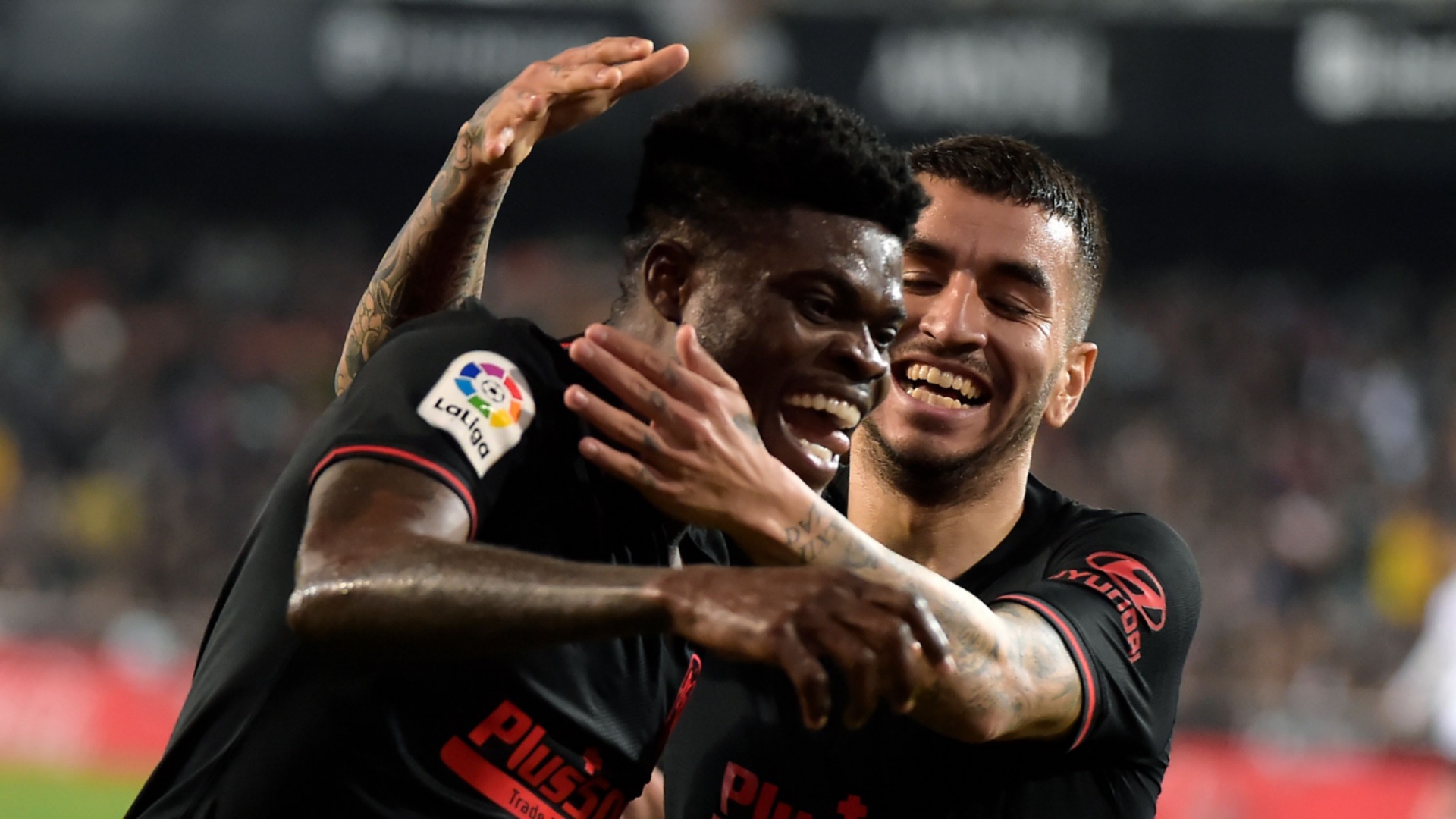 Against Real Madrid in La Liga they had some tight games which could have fallen either way, drawing 0-0 and then losing 1-0, being denied a clear penalty in the latter when Casemiro felled Morata.

The striker is back from injury to boost Atletico hopes, making an appearance in the 2-2 draw at Valencia. His return will boost the team's hopes of penetrating a Liverpool defence that has kept 10 clean sheets in the club's last 12 matches across all competitions.

"We're lacking the clarity to finish the chances which we are generating," said Simeone in November. The coach is aware that his team's finishing has been below par; that's why he pushed for Edinson Cavani's arrival in January.

While it's hard for the Metropolitano to live up to the legendary Vicente Calderon, Atletico fans will put huge pressure on Liverpool, something they don't often face in the Premier League. There are no teams like Atletico in England.

Simeone still has some battle-hardened midfield generals, like Saul Niguez and Koke, who will be able to carry out his instructions to stifle Liverpool. Central defender Felipe, while not matching Diego Godin's impossibly good level, has done well in his debut season at Atletico, while behind the defence Jan Oblak is as impressive as ever. He has conceded 17 goals in 24 La Liga games, a more than solid record, and the Slovenian will be the last line of defence to keep Mohamed Salah, Sadio Mane and Roberto Firmino at bay.

Atletico will use a low block to ensure that wing wizards Salah and Mane have no space to run into, as they love to do, and Norwich showed at Carrow Road that it is an effective way of denying Klopp's side clear-cut chances. The Rojiblancos will set up to frustrate in a way that they can't in La Liga because of the expectations on them there to produce. And while they have declined going forward, at the back they have largely been as mean as usual.

Liverpool's midfield trio of Jordan Henderson, Georginio Wijnaldum and Fabinho offer boundless energy - and even more if Naby Keita gets the nod - but Atletico can match them, with Thomas Partey, Koke, Saul and Marcos Llorente combining brains, brawn and relentless running to try and out-battle their opposite numbers, finding weak spots and exploiting them.

They haven't, enough, this season, but don't bet against them rising to the occasion. Liverpool are, of course, expected to progress, but in Atletico Madrid will find a sterner opponent than the form table alone suggests, and a team which will relish finding its former self.

Tony Stark is probably the most famous Marvel superhero of all, but over in Dubai a team of engineers and pilots are giving the fictional hero a run for his money. The company Jetman Dubai managed

Hrithik Roshan is singing to the tunes of success as the actor's last two releases like War and have managed to mint in the moolah at the box office. While Hrithik Roshan was lauded for

BARCELONA: Seasoned Indian shuttlers Saina Nehwal and Kidambi Srikanth will look to keep their Olympic hopes alive when they compete at the USD 170,000 Barcelona Spain Masters starting here on Tuesday. The Indian duo has been

Liverpool boss Jurgen Klopp has attempted to ease the pressure on his Liverpool players, by claiming Paris Saint-Germain are the favourites to win the Champions League. The Reds continue their defence of the trophy tonight

All-Star Saturday featured three competitions that came down to the wire. Bam END_OF_DOCUMENT_TOKEN_TO_BE_REPLACED

CBS 58 is your local source for the Milwaukee news, Milwaukee weather, END_OF_DOCUMENT_TOKEN_TO_BE_REPLACED

Hrithik Roshan, the star of the millennium who has created a legacy END_OF_DOCUMENT_TOKEN_TO_BE_REPLACED

The 2020 Census is nearly upon us, and signs are emerging that END_OF_DOCUMENT_TOKEN_TO_BE_REPLACED